The other day I was having a conversation with one of my personalities and she told me she feels that life has taken its toll on her; it’s not giving her any room to breathe; she feels she’s suffocating. There’s no air getting through.
So I started thinking about how can life do this; why does it try to suffocate us sometimes? How can life subsist without air? If we don’t breathe, life does not exist, it would cease to be…Then it all hit me!

If you really think about it, if you keep a close eye on things, you’d notice that life is trying to take its own life. Life has been trying to die since the dawn of time. Most of the species that once existed do not anymore. Earth has been under constant threat from every possible harmful system of destruction. Whether it was objects from outer space hitting it or itself trying to destruct itself. Self Destruction!! Volcanoes, earthquakes, tsunamis, tornadoes, twisters, hurricanes, you name it.

Life is trying to take its own life.

This is why we’ve been created; this is why we have come to exist; to end all life. We’ve been made to pollute, contaminate, poison, defile, corrupt, and wipe out every living form of life on this planet; including ourselves. And get this; we did not settle with just this one, but we also began to seek other life forms on other planets in other galaxies…you know, just to communicate with them, get a glimpse of how they live so we can one day be able to annihilate them.

The messed up part in all of this though is the fact that we fight for our own individual survival.
We’re confused about our purpose in life; about why we’re here. We have this hidden notion that somehow we are immortal; that we’re going to live forever. For when it comes to our personal demise; we refuse to go away peacefully. No!! We immediately put out a fight in order to keep living.
This is why we have built homes, sown clothes, moved from one place to another, procreated, discovered medicine, mathematics, physics, chemistry, invented religion, philosophy, machines, guns, computers, the list goes on and on… We’re a life loving breed, well our own at least.
We fight death till the last breath, which, by the way, when it comes, induces death itself…

What are we doing? Trying to screw life? Well I’ve got news for you, life has been here longer than us all and no matter how we try, it will always find a way to screw us.
People, the sooner you accept this, the better off you will be, and the quicker you can go back to doing your initial job of trying to end life, trying to aid it commit suicide. 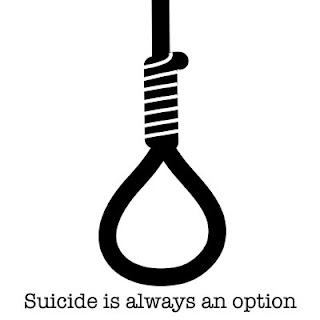