Love in the Toilet

Going to pubs and drinking is a normal part of everyone’s lives, except for some people of a certain religion who feel pressured to deny that they drink when in fact we all know that they do, heavily! Peeing also is a normal part of everyone’s lives, now guys I know this is a bit hard to swallow, but women go pee pee too, OK? And sometimes they go number two!

Now another aspect that apparently has become a normal part of life is the writing on toilet walls and doors; I don’t know who started this phenomenon or how it became popular. I don’t know who’s that intellectual to carry a pen around with them even when in the toilet; they’re keeping a poop journal perhaps? “Today my crap was a little green and grainy, but it had good consistency. Smell: somewhere between six PM sewers and morning mist. Must be that broccoli I had for lunch yesterday”

Anyways, the other day I was in a pub and I had to go pee (now all that blabber makes sense) and since I have a penis I had to go use the men’s room (men and women cannot share the same toilet because of a tiny dysfunction called Aiming Your Wiener). As I was standing there contemplating the email addresses and the “Fuck You’s” and “Your dick is too small” a misplaced statement grabbed my attention; on the wall right above the tissue holder was written “I love you Isabelle”.

My first reaction was disgust; what a strange place to declare your love to someone! But then I started thinking, the poor fellah loves this girl so much that he thinks about her even when he’s taking a pee –and now in retrospect, was he just taking a pee? Was he perhaps…? No no, of course not, one cannot operate the two heads simultaneously- what if Isabelle doesn’t know? What if this was the only place this love was declared? What if she never had access to it? Or worse, what if she had access to it?! I wanted to find the guy to warn him that if she ever came running to him one day screaming “I love you too!!” and she hugged him, he’d better hope that she is happy to see him AND she has a roll of quarters in her front pocket! Because boy is he going to be confused, and I mean REALLY confused! You know like that feeling of confusion you sometimes have when you’re eating ice cream and you get a brain freeze and it hurts but you can't stop because you're enjoying this too much or when you're in the toilet taking a dump on a hot summer day and the crap drops straight in the water and it splashes and a tiny cold drop hits your asshole and you’re left thinking: “Should I feel refreshed or disgusted?” 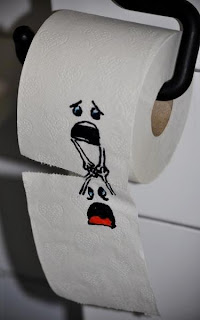 A Closed Letter to Vegetarians

Dear Vegetarians, Vegetables grow in the soil which is partly made of decomposing carcasses, big or small, of insects and animals, big or small, and humans, white or black or yellow so in fact you're eating meat and people and bones.


Oh and since the soil is fertilized with animal dung and piss you're also shit-eaters! But at least you're not racists...


P.S: Several steaks were consumed during the production of this letter... 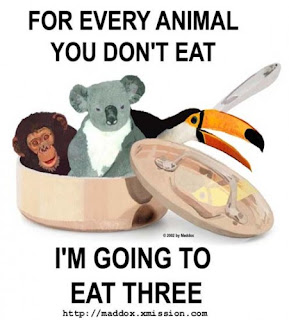 Here are your horoscopes for today, tomorrow, and the rest of your lives:

--Aries: Today you will refuse to admit that you made a mistake because you didn’t, everyone is wrong, you’re right

--Taurus: Today you will do whatever it takes to be the center of attention, again! These people all have ADD!

--Gemini: Out of boredom, you will convince yourself to work within a team today, but yourselves will team up against you and refuse to do it

--Cancer: Nobody understands you, whatever!!! Hug?

--Leo: Today more and more people will be fascinated by you and they cannot help but bow down to you. You are AMAZING!

--Virgo: Once again today you will be dressed to kill and your intellect will improve by a 100 just when people thought there wasn’t any more room for it!

--Libra: Today your attempts to please everyone in the whole world at once will fail…again. We still love you though. Go paint something, if you can decide what…

--Scorpio: As you are very well aware, this information cannot be disclosed in public. Hush! You sexy sexy thing

--Sagittarius: You will disagree with someone silent today because silence is not a philosophically-accepted argument and you’re simply awesome!

--Capricorn: Today you will organize your people criticism files by alphabetical order and then you will proceed to count your money

--Aquarius: You will keep thinking today that you know everything about everything. What are we saying, of course you do! Please guide us!

--Pisces: You will go out to buy a new bottle today to allow you to store all those emotions you experienced just by waking up 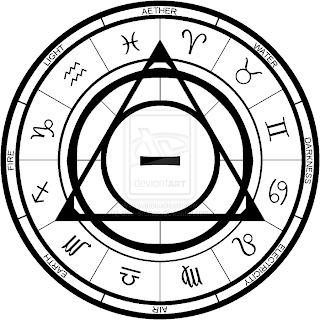 Do You Have a Disabled Sense of Humor?

Have you ever been in one of those awkward situations where you offer to help a cripple - I don’t like to beat around the bush so I call things as they are – and they give you this fake arrogant attitude and go “I don’t need your help!!!” ?

I was taking a walk the other day when I noticed a guy in a wheelchair next to a ledge and he was obviously having some difficulty doing what he was there to do. As I came closer it became clear to me that he was trying to commit suicide and he clearly needed a push. So being the helpful person that I am I approached him and asked him if he needed any help and the conversation went like this:

-Back off asshole I don’t need your help!
-From where I’m standing you kinda look like you do
-Who do you think you are? You’re not better than me!

I clearly am better, at least from a mental point of view, but I chose not to reply because I didn’t want to get in a fight with a handicapped because there’s no winning in that one; if I kicked his ass I’d be that guy who kicked the cripple’s ass and if he kicked mine (with his hands because let’s face it if he had full use of his legs he wouldn’t be in a wheelchair) I’d be the guy whose ass got kicked by a cripple! So I just turned around and walked away…

He’s not the only one with that type of behavior, many people are like that. How messed up do you have to be to get to that kind of attitude? Is it society’s fault? Has the hidden notion of inexplicable guilt mixed with pity pushed us to bullshit them long enough till they became knee-deep in denial? “I don’t need your help”, oh yeah? Then why do you ask me to make special arrangements and force special laws for you in order to be able to function independently? You have your own parking spots, your own toilets, you get subtitles on DVD’s, special phones, beeping crossing lights, laws that force companies to have a certain percentage of its employees disabled, sign language, your own Olympics, and the list goes on and on…

If I’m not better than you then why don’t you challenge me in a triple jump competition?

Now before all you righteous whinos start petitioning against me, get one thing straight, I’m not attacking all “disabled” people. A lot of people with disabilities have always and continue to fascinate me every day. In fact, one of my earliest childhood memories was seeing on TV a man with no hands playing guitar with his toes. Look at Ray Charles, Stevie Wonder, and Jeff Healey but don’t stare because they can’t look back as they are three of the greatest musicians out there and they are all blind. Do you need another example? Two words: Stephen Hawking. The man is practically just a brain and one eye because I’m not sure the other eye functions correctly. I’m sure he felt really inferior and got offended when they created a technology just for him to be able to keep throwing his genius theories at the world, didn’t he?

There are a lot of great people with disabilities and there are a lot of dickheads who “don’t need any help!” and people somehow seem to tolerate this type of behavior only because of their handicap. Well excuse me, but a dick with erectile dysfunction is still a dick!

The point I’m trying to make is this: it’s all about attitude; it’s how we perceive life’s difficulties that sets us apart from the low-lives. Attitude only counts when one is faced with a difficulty. So in order to separate the inspiring handicapped from the assholes or maybe just to mess with their heads, I would like to take this opportunity to declare that I’m running (another thing they can’t do) for President of Earth and this is my plan of action:

--Random wheelchair ramps around the world shall end with stairs or start with ones, just to keep them guessing.

--I shall force messing around with the DVD subtitles in order to make the plots illogical and incoherent.

--I shall bring back hanging as the only form of executing people and people in wheelchairs shall be forced to hang the nooses.

--I shall cut off the fingers of everyone who knows sign language. Let me see how you will understand then…

--Earth will be run through a communist system and all the companies shall be forced to hire no one except the disabled who shall do all the work!

--No more handrails in special toilets!

--I will keep the special parking spots but they will be sporadically distributed around the lot. If you are equally able then I expect you to equally be able to spend as much time looking for a place to park as the rest!

MY NAME IS JC AND I APPROVE OF THIS MESSAGE